The concept behind Arcade RoadShow was to build a touring arcade that would bring an event with 50+ arcades, eSports tournaments, cosplay contests, and gaming culture related retail booths. The tour would start in Vancouver and over the course of 2 and a half months visit 15 cities and conclude with the final stop in Toronto. Extra days would be allotted for the Toronto stop to facilitate the eSports tournament grande-finales.

The identity for Arcade RoadShow had to work on many different levels: retro, iconic, exciting and most of all fun. I set out from the beginning to create an identity that could incorporate lots of movement as I knew that most applications would be digital. The identity also would have to work in traditional settings for signage, print collateral and advertising. Arcade RoadShow was originally set up as a trucking tour, so I wanted to build a brand that would absolutely stand out when the trucks were on the road.

Promotional marketing collateral was built to entice initial investment and sponsorship in the project. The design of the collateral follows suit with the branding: exciting and fun but also very clear and concise. The investment document clearly laid out the scope of the tour with sponsorship opportunities, attendee demographics, and revenue projections. 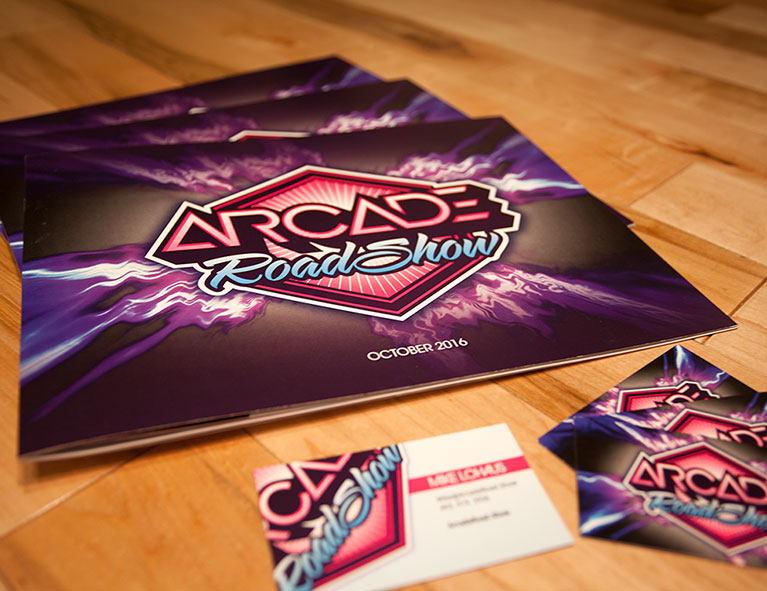 There were going to be times when the arcades would be in an idle state. To prevent screen burn I created an animated identity screen. It was pretty fun to animate all of the different layers of the logo and add some electrical effects.