Leading the strategy of the organization

Though I was a member of the organization from the beginning of its creation, in 2019 I decided to take the opportunity and join the leadership team.  Game design is one of my longest running passions and I wanted to use my skillset to contribute to the growth of the organization and community at large. For the last few years we've focused our efforts on fundraising to create projects that showcase local developers and bring in added resources for our members. It's been amazing to see the impact it's had on the local game development community and the quality of games that are being created in our own backyard.

It was clear that the CGDA needed a new website when I joined the leadership team. I designed this website to be a clear communication tool for people who have just learned about the organization. It showcases our primary onboarding tool, our discord channel, and the benefits of becoming a paid member. You can view the current site at calgary.games 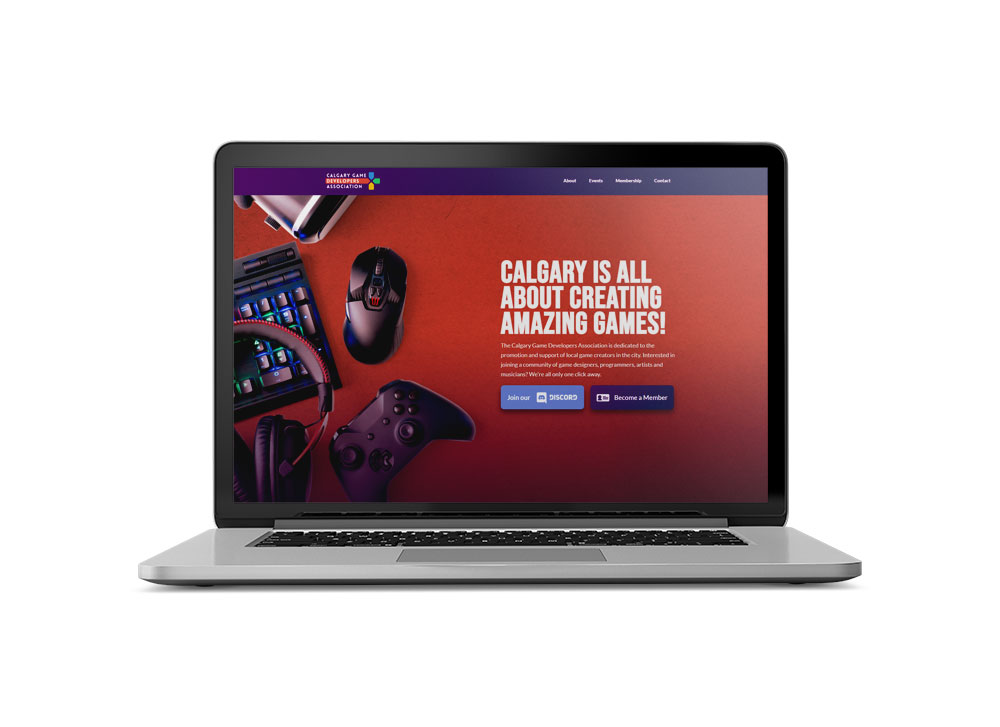 Over the pandemic the CGDA decided to put together a local indie game bundle. Calgary video game developers were invited to include their game in a discounted package that would be sold through the Xsolla distribution platform. I created a trailer to showcase all 12 of the games featured in the bundle.

This fall we will be launching the CALGARYcades across the city. We have constructed a handful of arcade cabinets that will exclusively feature Calgary created video games. I designed a software launcher that will allow players to select and launch any game that is uploaded to the system. The UX design was interesting problem to solve as it had to be totally controllable with arcade buttons and joysticks. Try the launcher below, you can interact with the panels to get a sense of the functionality.