CUFFcade was launched in 2015 and since the start, I've been the sole game curator of the festival. Every year during the Calgary Underground Film Festival (CUFF) we showcase 5 outstanding indie games in their own freestanding arcade cabinets. Patrons of the film festival can play games for free while in intermission or waiting for their next movie.

The games are always the focal point of creative direction. Every year I strive to find 5 games diverse in mechanics, theme and art style. The identity was created to be retro-futuristic as we wanted the branding to fit within any style of game we were to showcase. 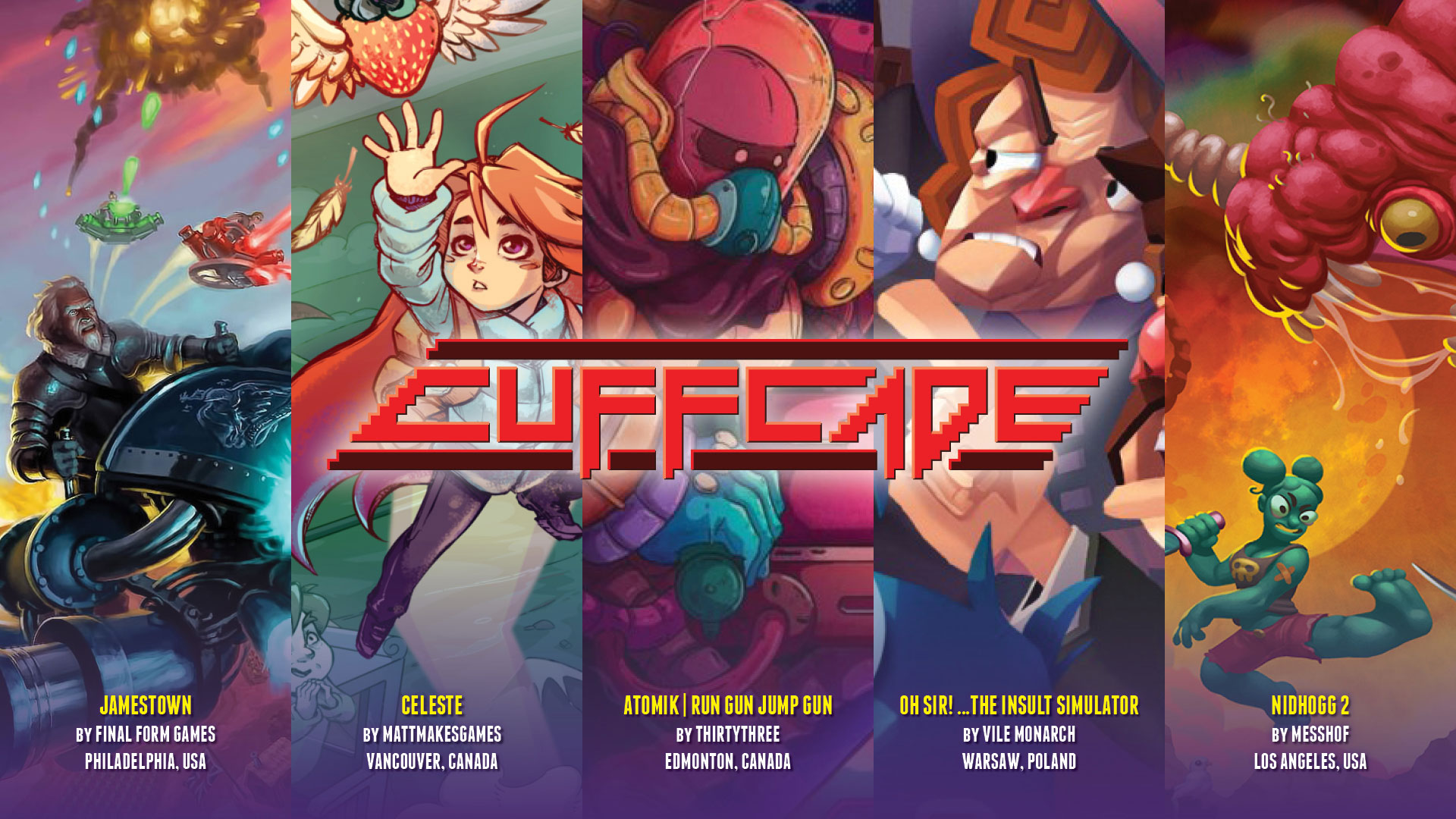 We built the arcade cabinets from scratch, with the help of a talented cabinet maker. Once constructed I designed the branding to be applied to the exterior. It was designed to keep in line with the retro-futuristic aesthetic while also putting the game creative first and foremost. Every year in collaboration with the developers I design each games' marquee panel and controller overlay. 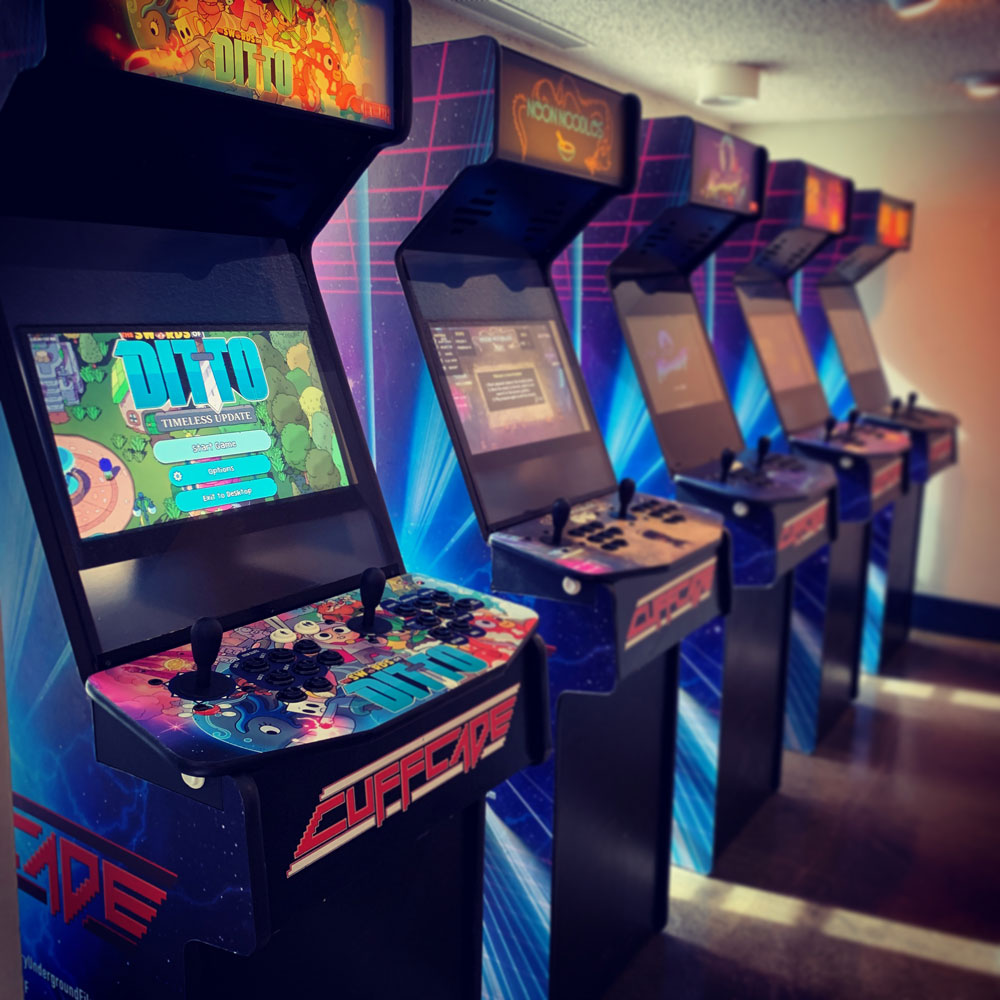 Each year I create an announcement trailer that launches alongside the list of movies for the film festival. I try to keep the focus on the games by only designing a custom front and end-plate highlighting the dates of the festival.