KRUNCH is a quick-reflex game about escaping, survival and the fear of being closed-in. The player must escape more than 100 claustrophobic levels spread across 4 zones. We wanted to build a game that was very challenging but could also be played in short sessions. KRUNCH launched in December of 2012 to critical success, selling over 21,000 units. It also has the honour of being the first Calgary developed game to ever be launched on Steam.

It was always our intention of making KRUNCH a pixel art game. We wanted to build a game that paid homage to the classics NES games we grew up on. It needed to have tight controls, beautiful pixel art and a banger of a soundtrack. I spent quite a bit of time refining the pixel art, each of the 4 zones had to have their own unique colour scheme and tile set. When finished the game had over 1,000 unique art assets, all of which I drew by hand. 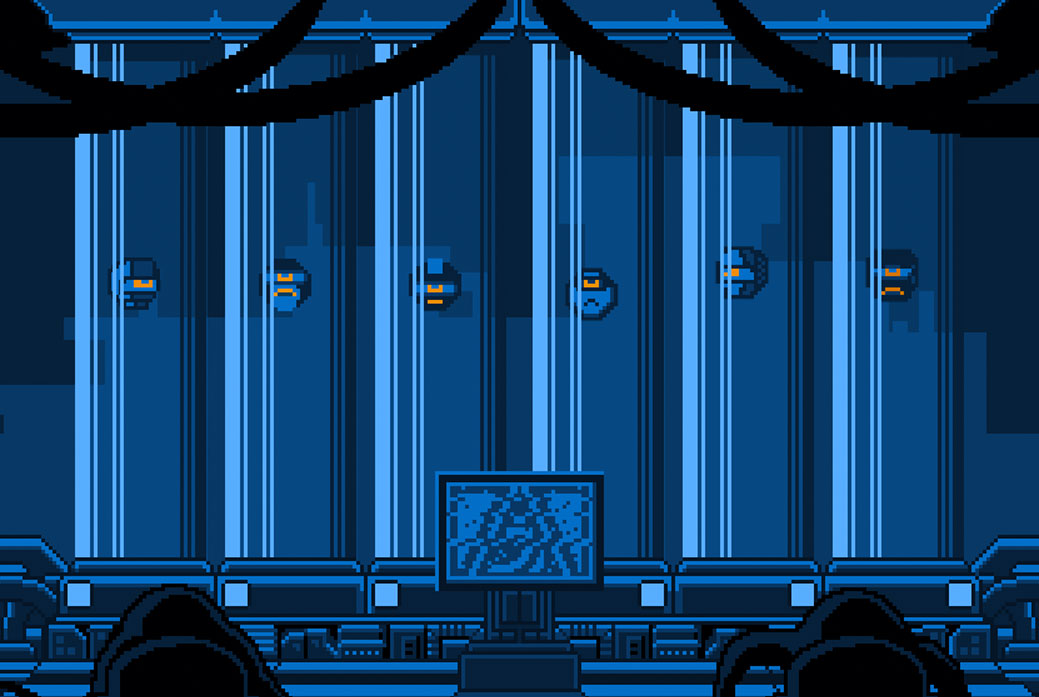 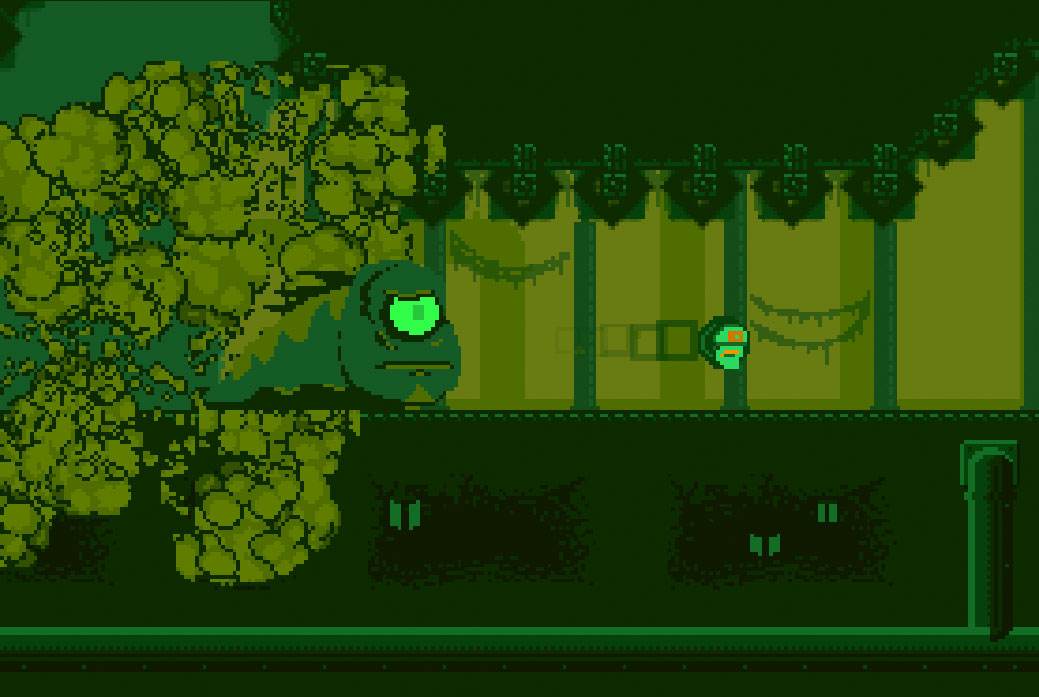 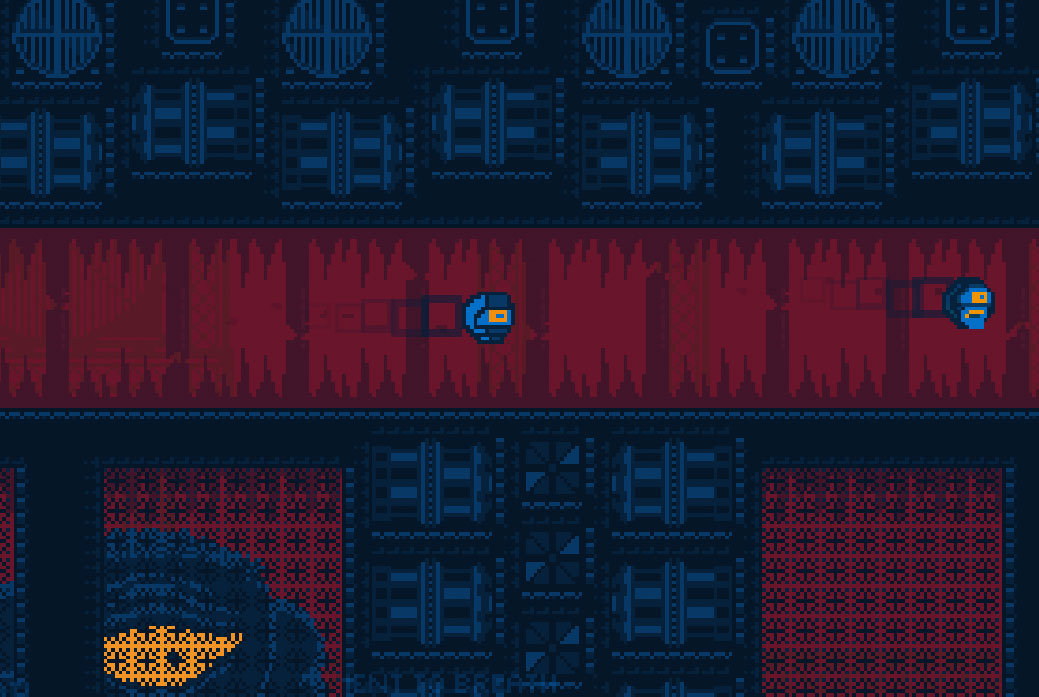 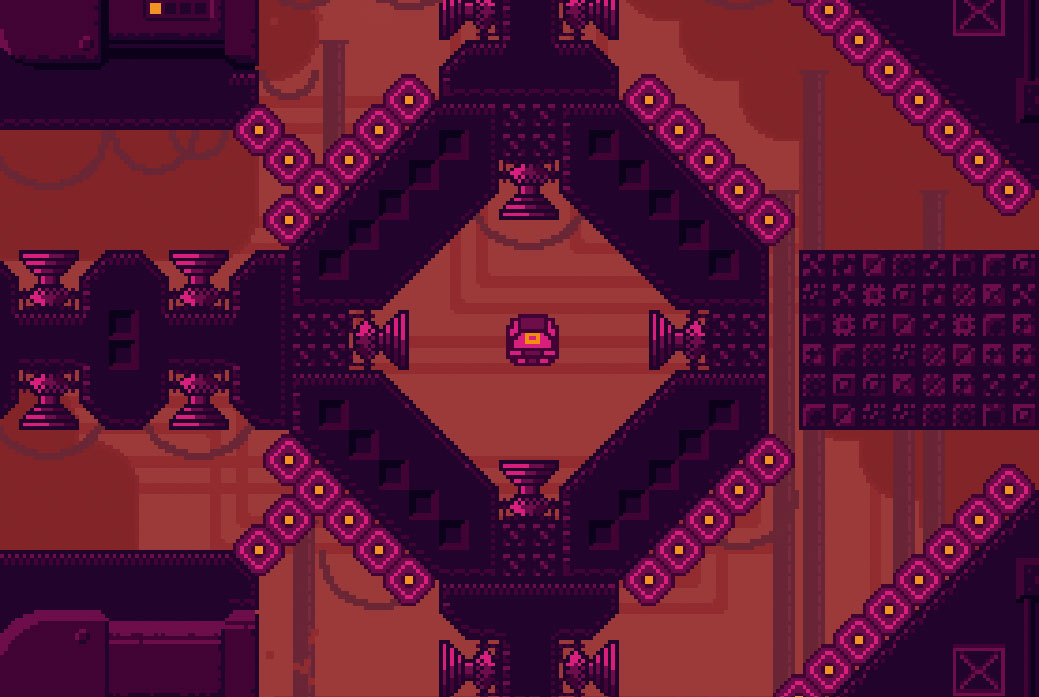 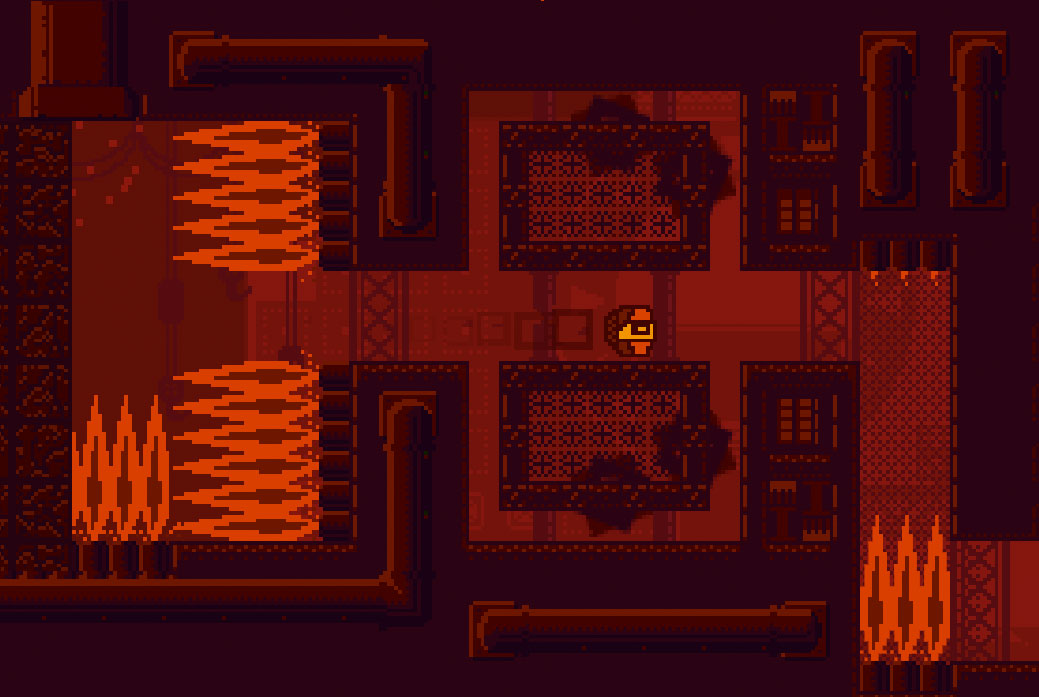 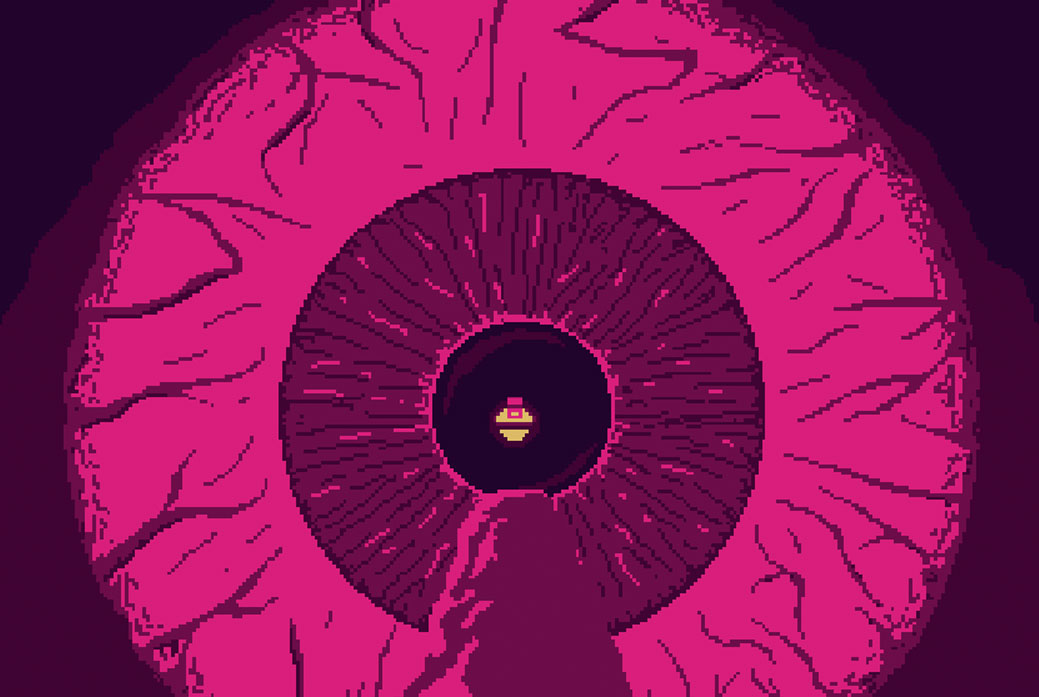 As we got closer to launch it was apparent that we would need illustrated key art to help sell the game. Growing up I was always amazed by the illustrated cover art of Nintendo games, it would help me to imagine the world I was playing in, even though it could only be conveyed in 8-bit sprites. We wanted to sell our game in the same fashion. We hired the amazing Sara Gross to illustrate key parts of the game. I worked one on one with her as we defined the transition from pixel art to fully rendered characters. It was important to keep the colour schemes consistent with the game but also add a level of personality and detail that can't always be displayed by pixel art. 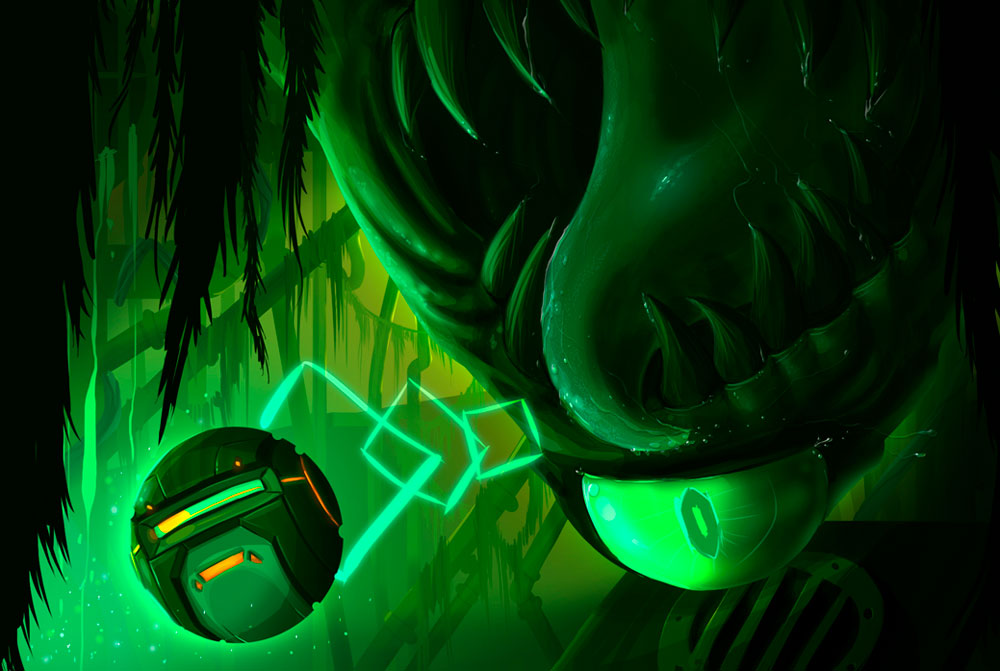 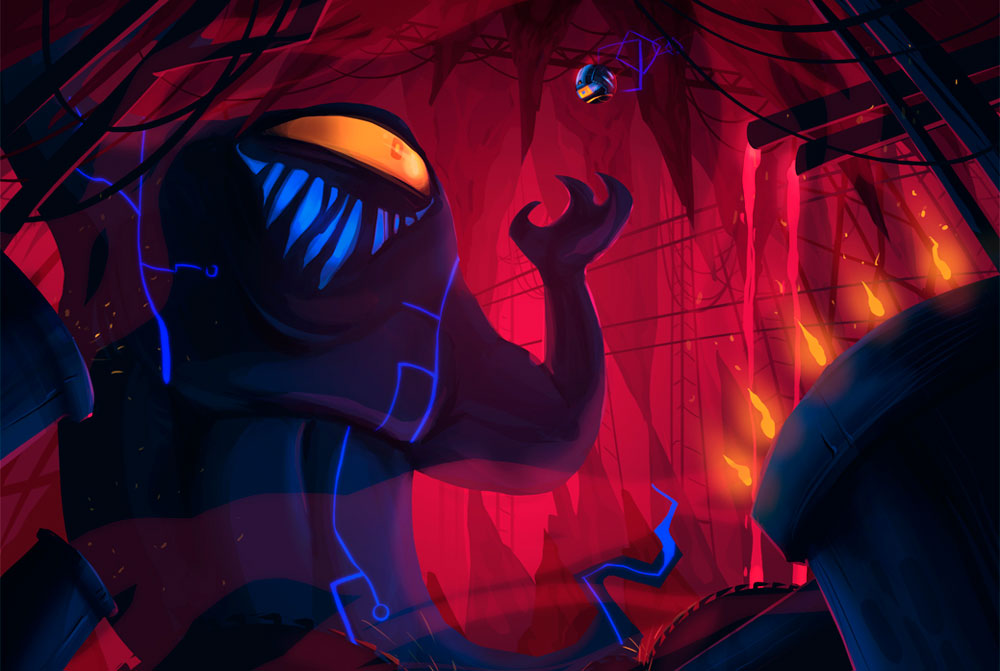 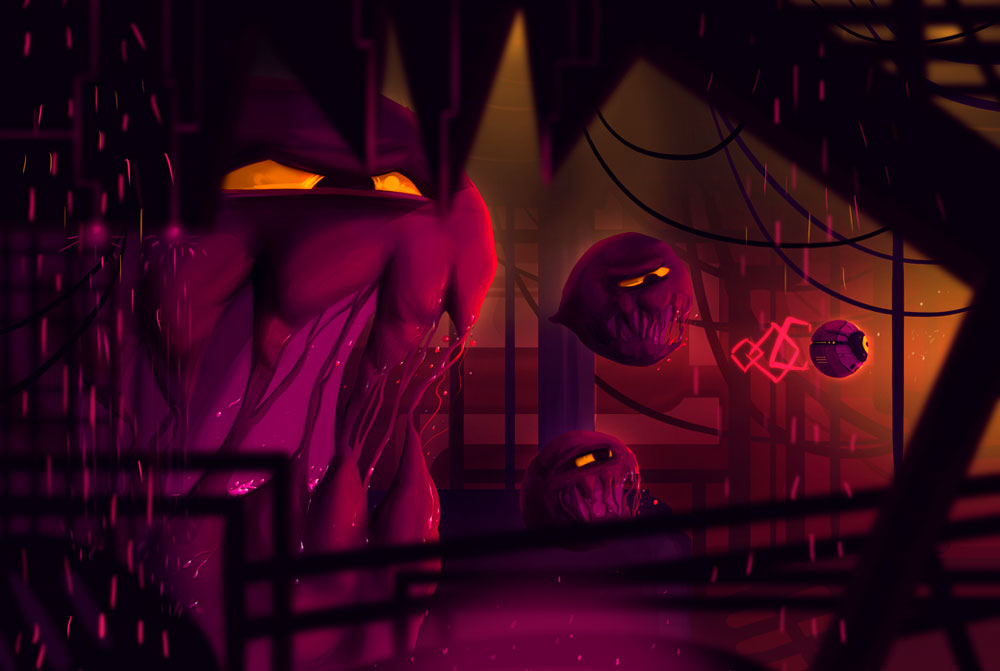 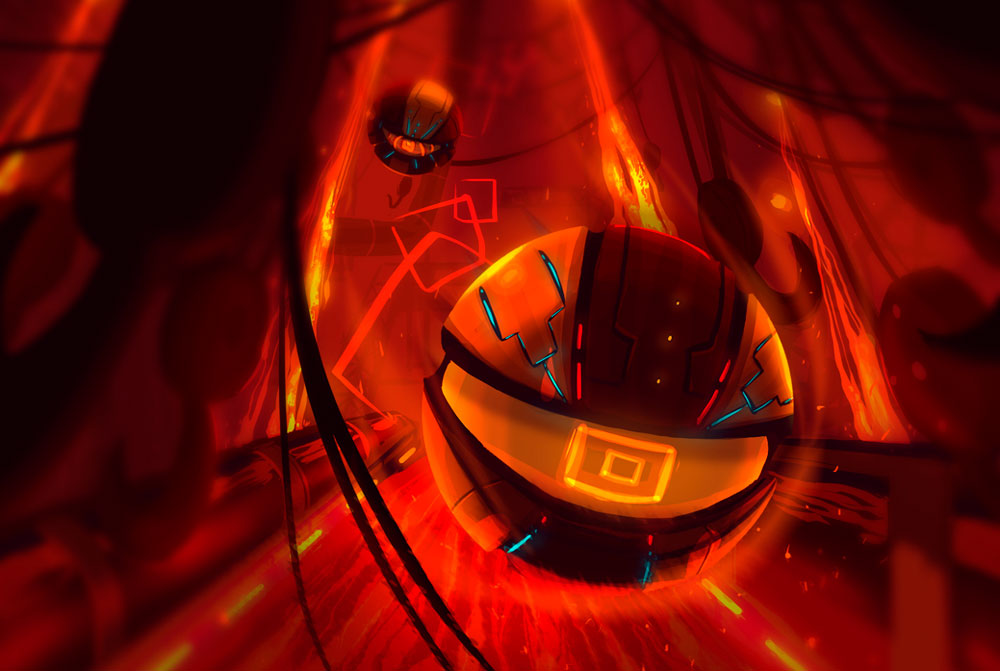 I wouldn't normally consider myself a musician, but for our first game, I thought I would try my hand at creating the chiptune music. Turns out I kind of have a knack for it. I created the first few tracks but as we got closer to launch it was obvious that I wouldn't have the time to finish all of the music, levels and pixel art in time. We decided to give Rich Vreeland aka Disasterpeace a ring to see if he would be interested in splitting the soundtrack. Rich joined the team and he and I set out to wrap the soundtrack. When we got the first few tracks from him it was pretty apparent that I needed to up my game. I spent a good amount of time revising my tracks so that they would be on the same level as Rich's. The final outcome I'm truly proud of, the soundtrack was one of the most complimented aspects of the game. You can find the soundtrack on Apple Music, Spotify or even listen below.

You only launch your first game once, so we knew we wanted to build a physical Collector's Edition. Leading up to the launch of the game we took preorders for the collector's edition while focusing on the digital release. Once the game was launched online we focused on the creation of the physical copy. Overall the KRUNCH Collector's Edition came with the game and soundtrack, artist prints, a poster map of the boss encounters, character stickers and a fully illustrated comic book. 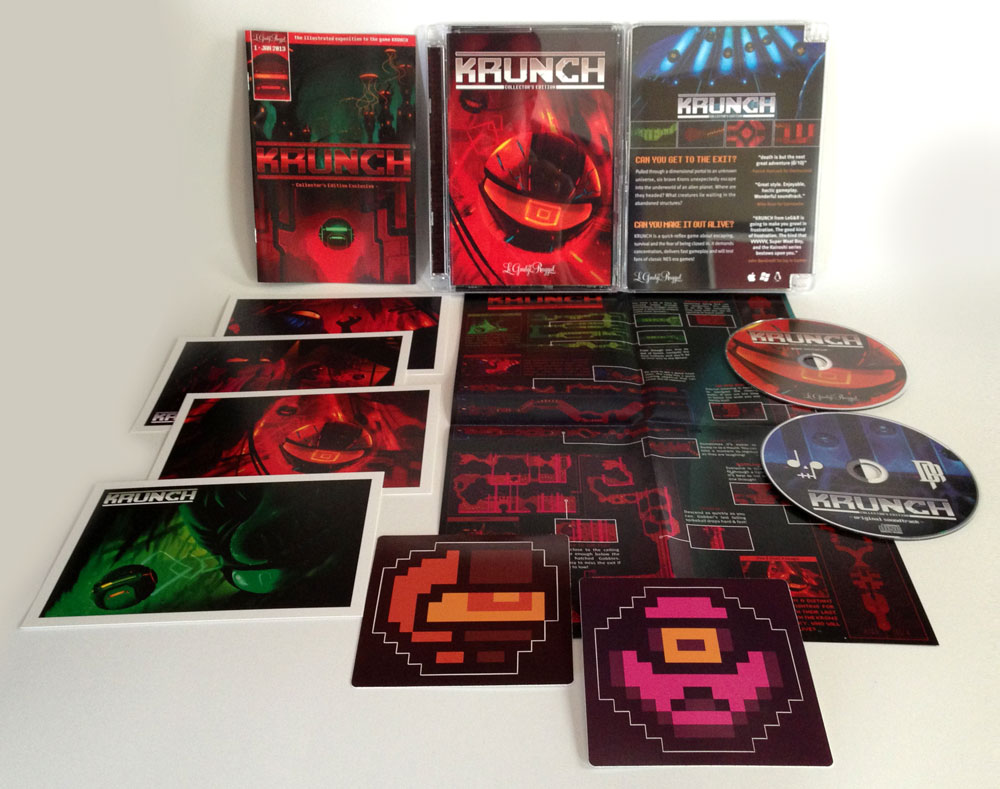