I'm really proud of TOTEZ. It's the first tabletop game I ever designed and still is one of my favorite things to pull out when we have company over. TOTEZ can be played with 2-8 people and is a competitive card game centered around the theme of deception. The goal of the game is to collect a set of 3 idol cards and cash them in to collect their appropriate amount of points. Be careful though because the rest of the players are trying to do the same, while also trying to steal your cards. Players will trick, steal and deceive to get the cards they need. When the deck runs out the player with the most victory points wins.

I've always found the carvings of the Aztecs, Mayans and Incas to be incredibly interesting. The game mechanics of TOTEZ are fairly general and could lend themselves to pretty much any genera. At first, I played around with a science fiction direction, but quickly transitioned to a theme based around ancient Mesoamerican cultures, it worked instantly.

Each of the cards was illustrated to represent one of the 6 Idols of TOTEZ with additional Action Cards that could be used to a player's advantage. We hired the incredibly talented Anders Larsson to illustrate the cover box art. With the theme set, it was time to illustrate the cards! 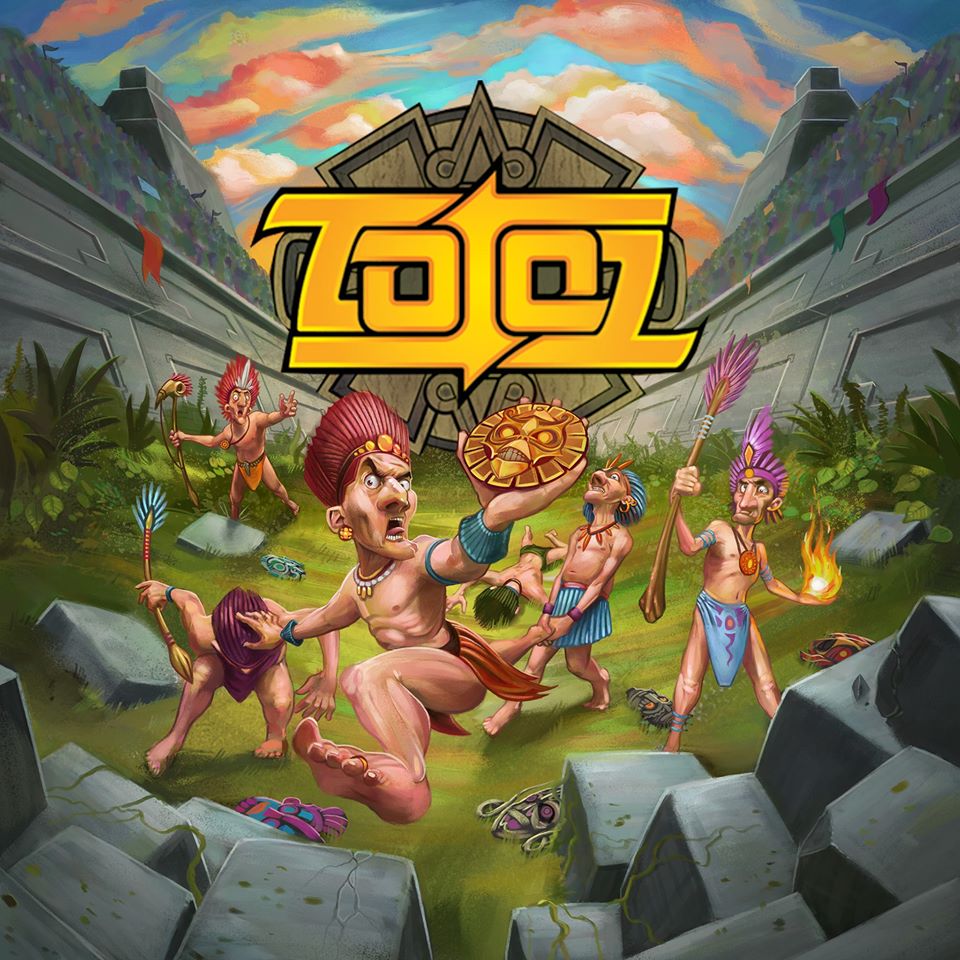 I have always been interested in the way that traditional playing cards are readable from whichever side you view them from. The Idol Cards in TOTEZ are designed in a similar fashion through instead of doubling up on the image, I illustrated them so that you see a different face from the same image based upon whichever side you are viewing them from.

The Idol Cards were designed to be viewed from both sides and I felt the Action Cards had to follow the same direction. This posed an interesting challenge due to the fact that the cards needed an action identifier text. The solution was to hire the ridiculously talented Daniel Dostal to create us custom ambigrams. After we had the ambigrams I illustrated Mesoamerican themed imagery to complete each of the icons.

- Click on the cards to see their other face -

Tap on the cards to see their other face 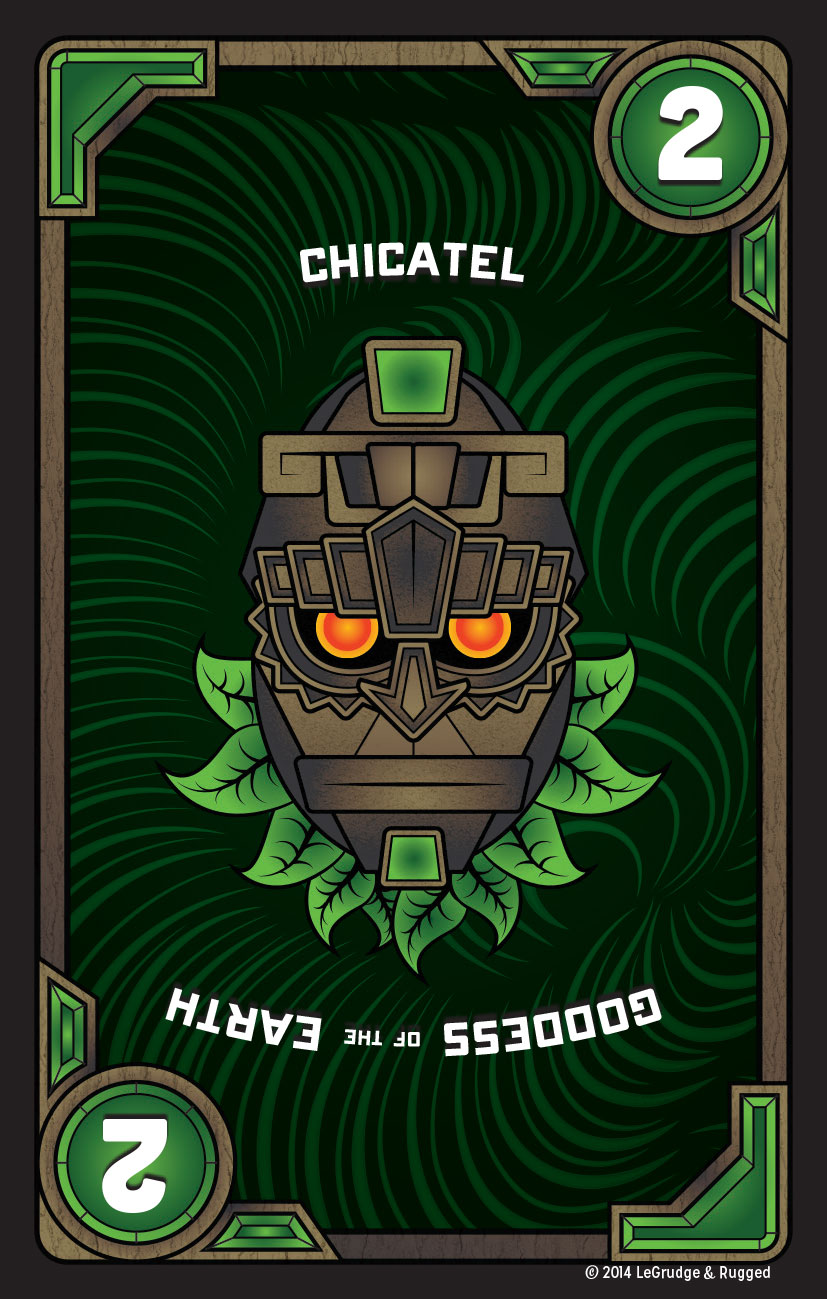 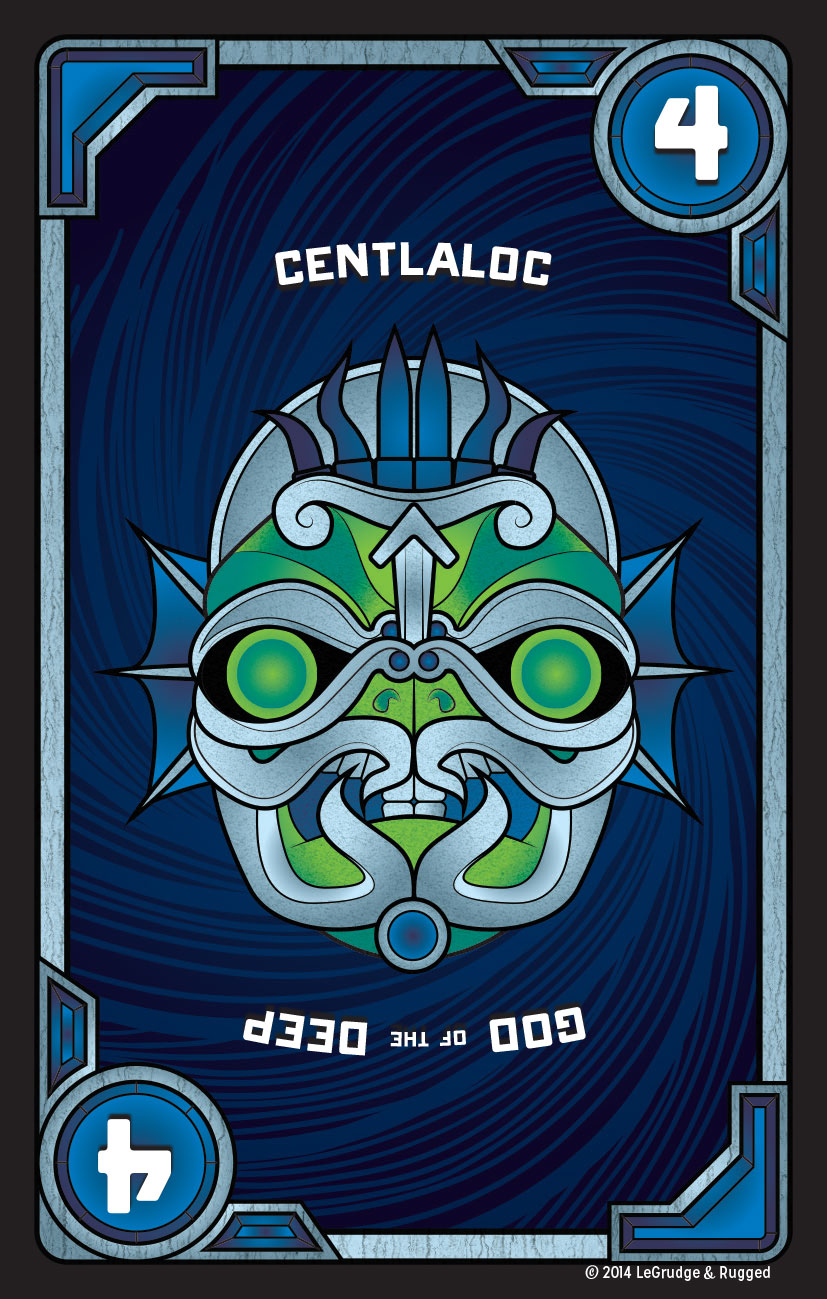 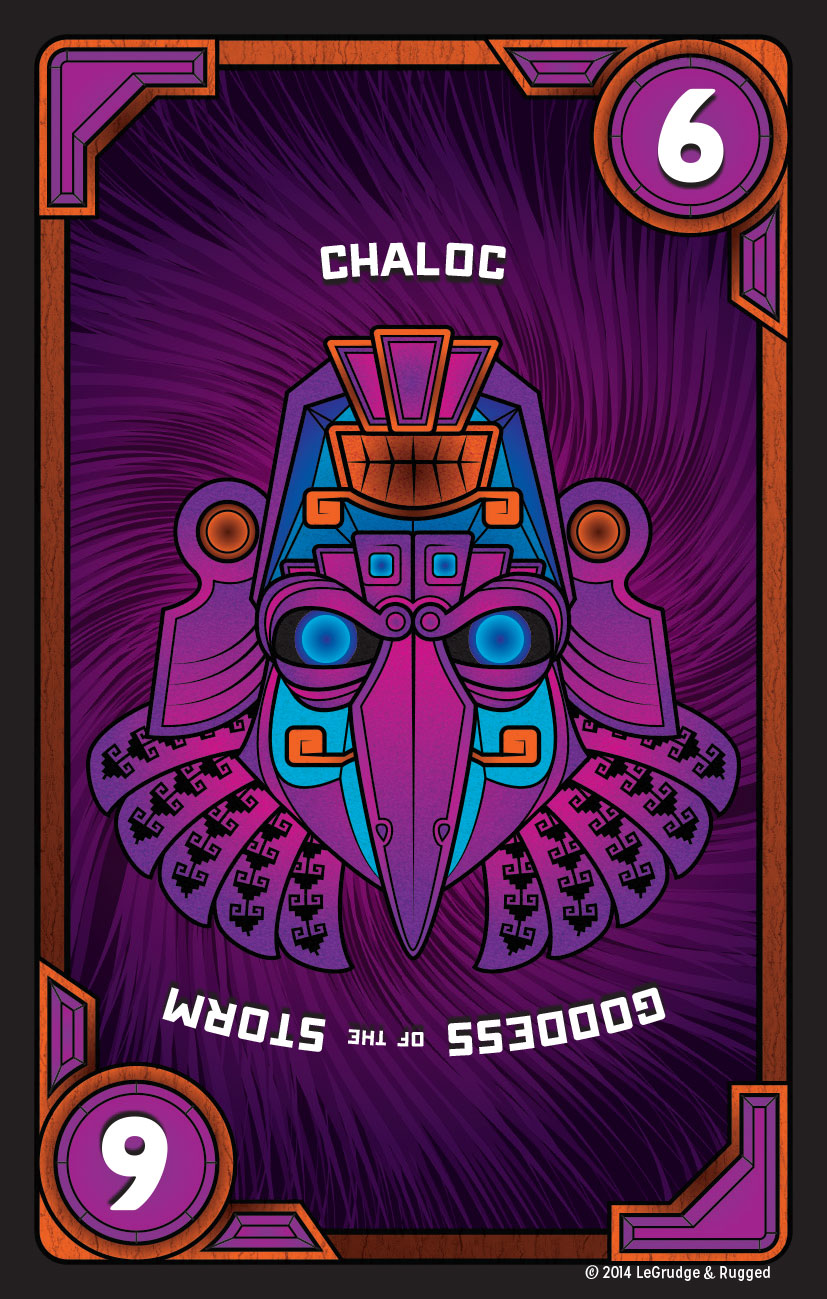 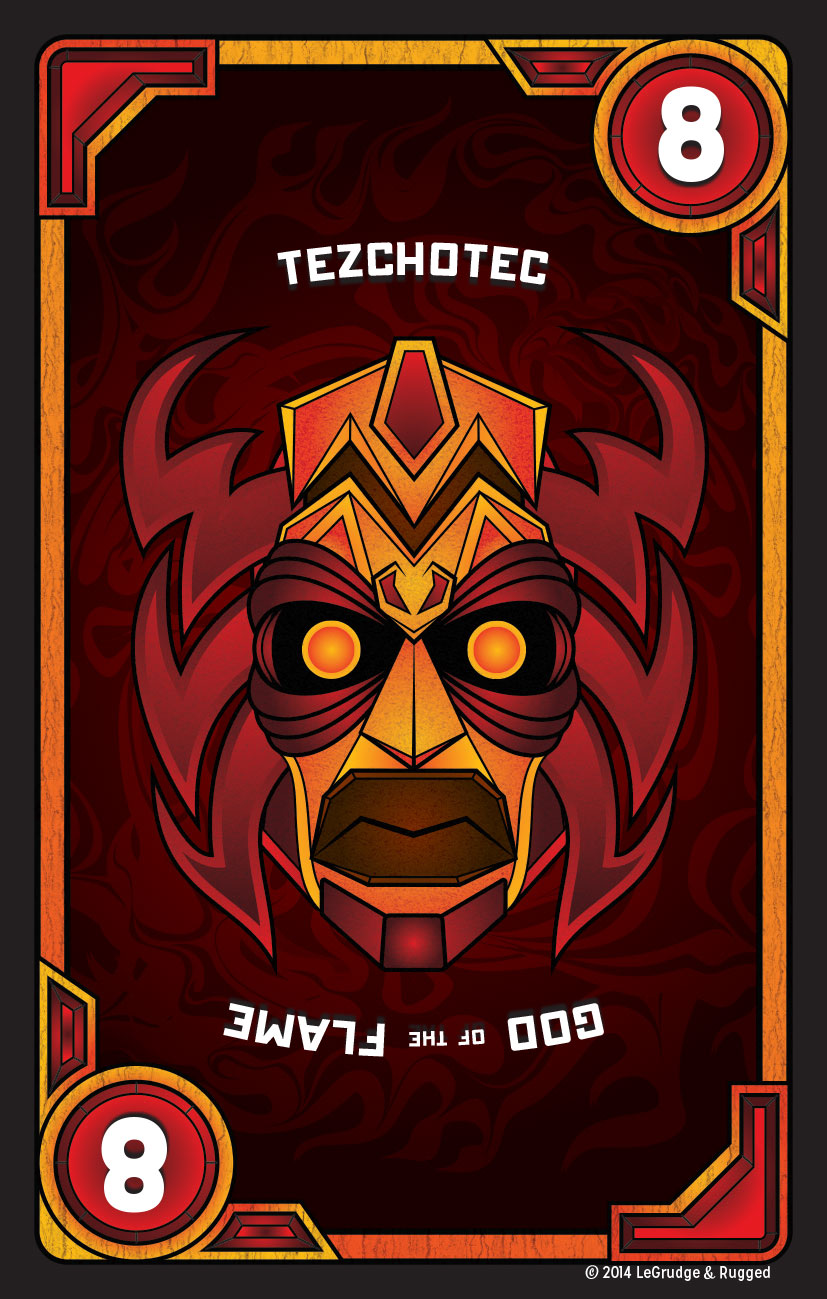 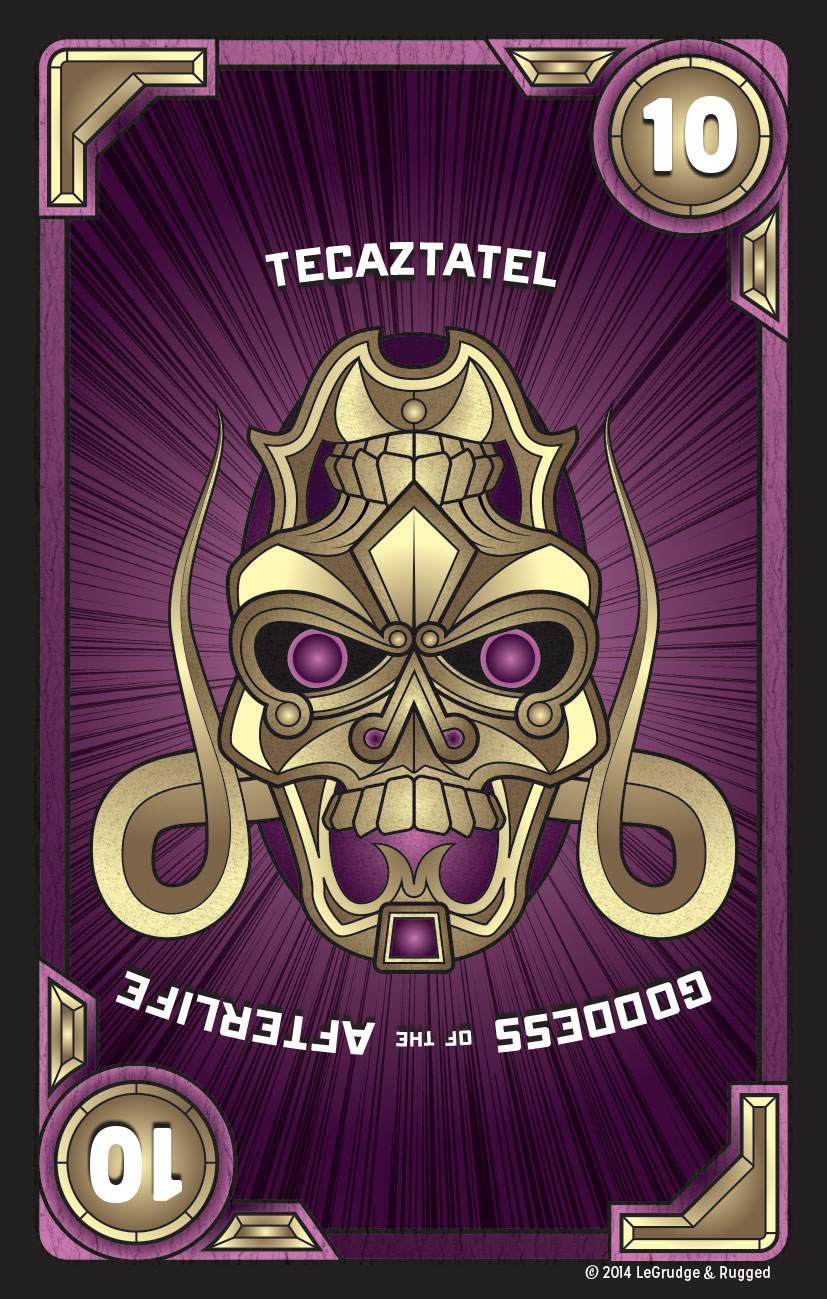 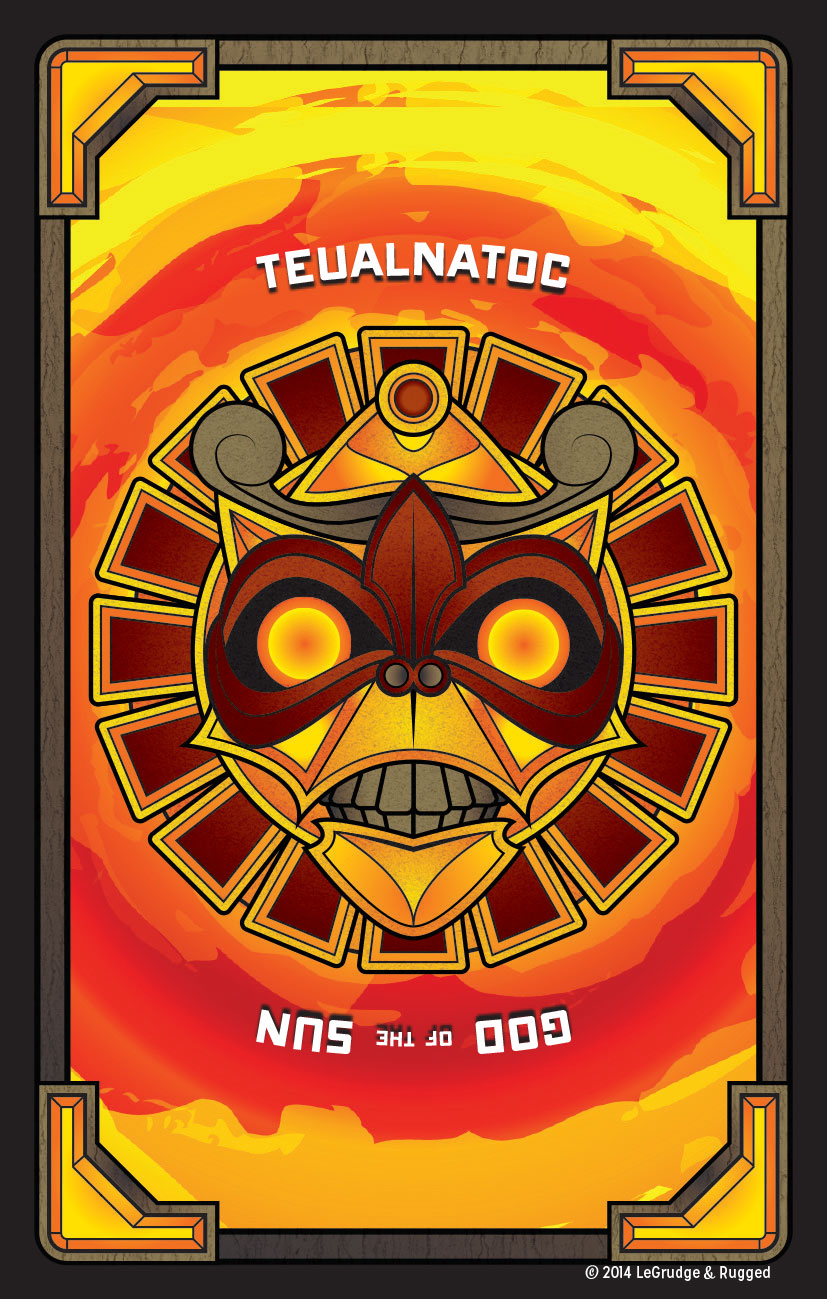 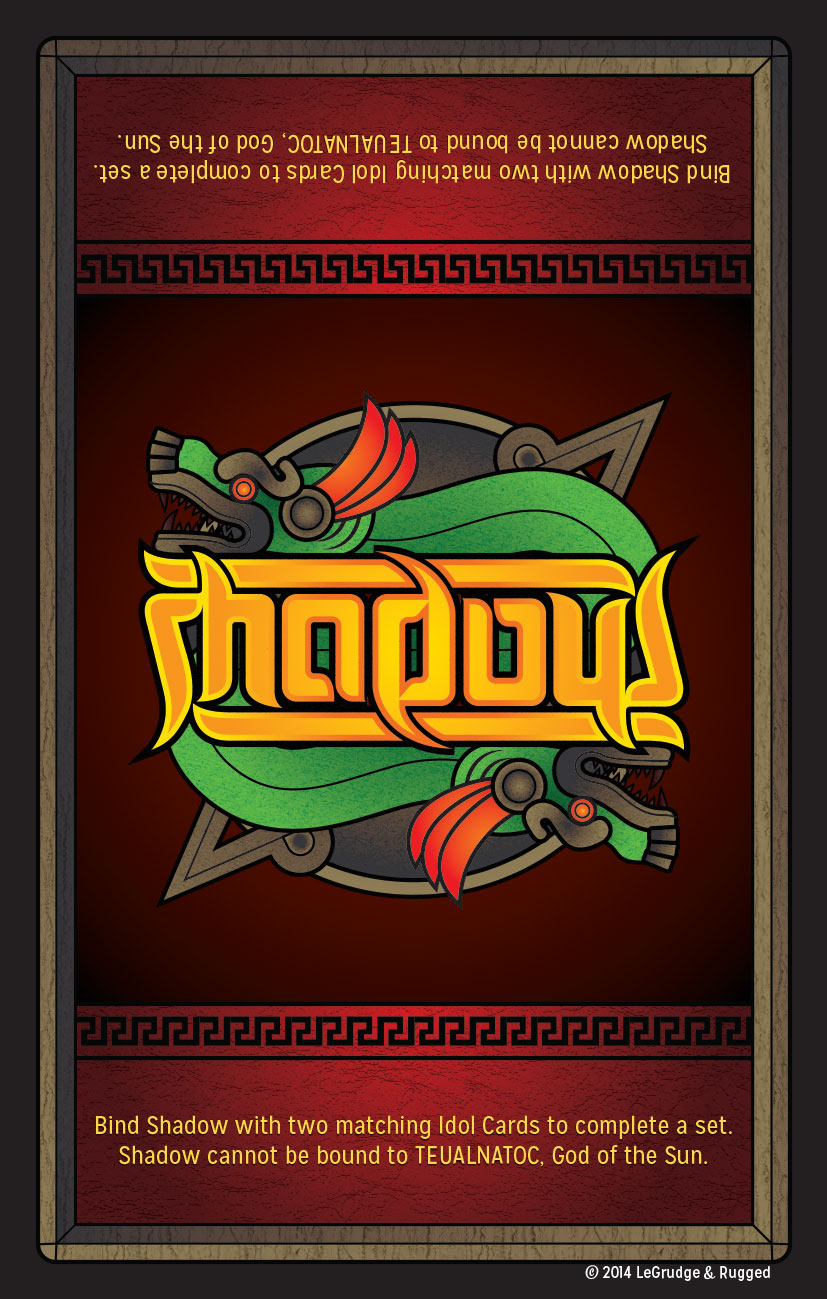 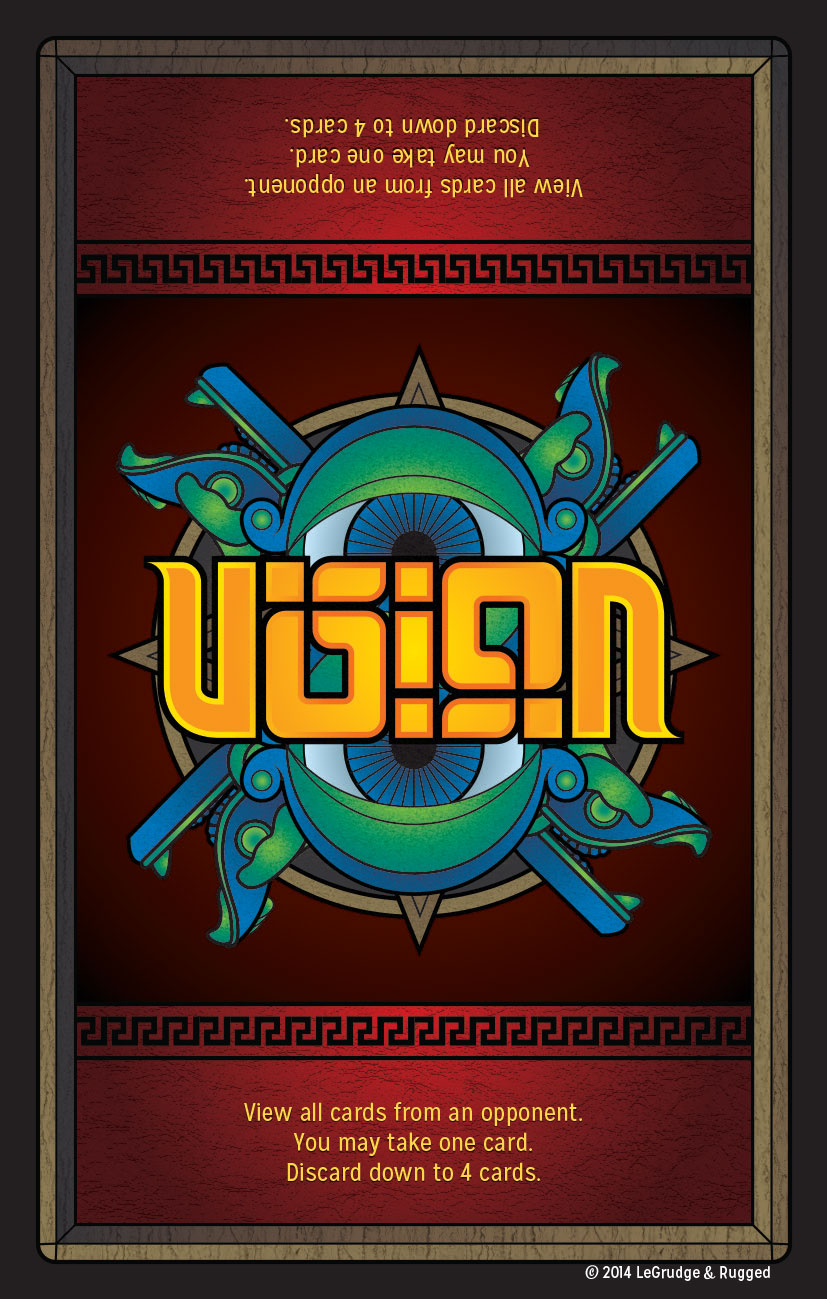 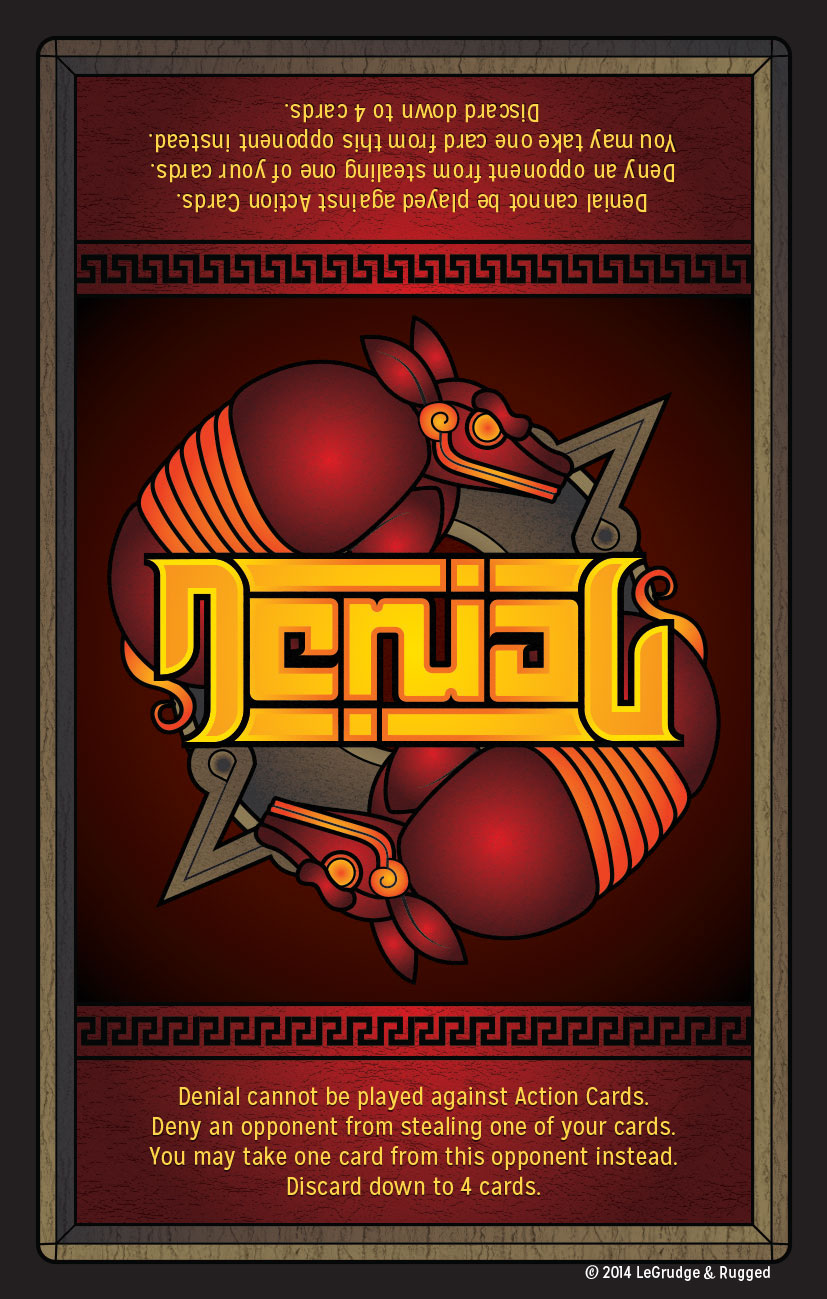 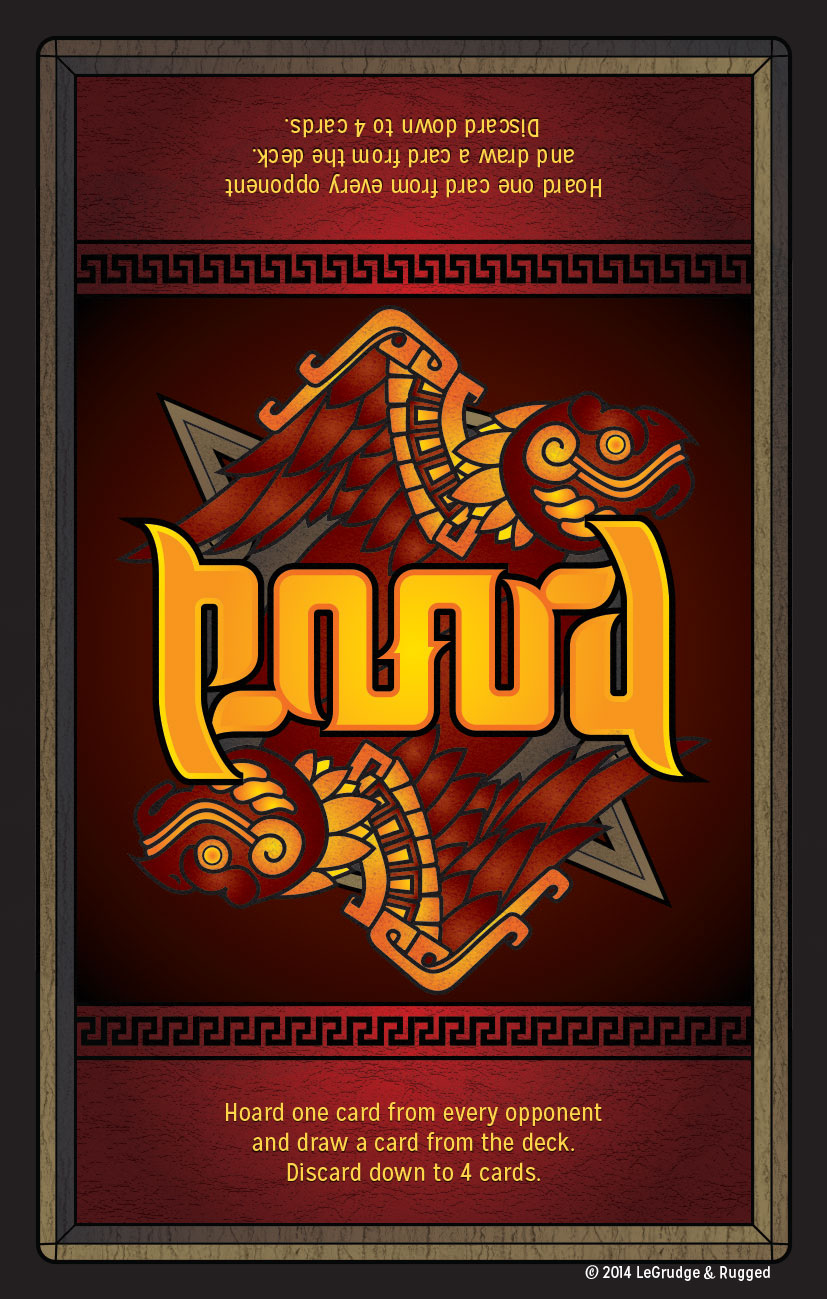 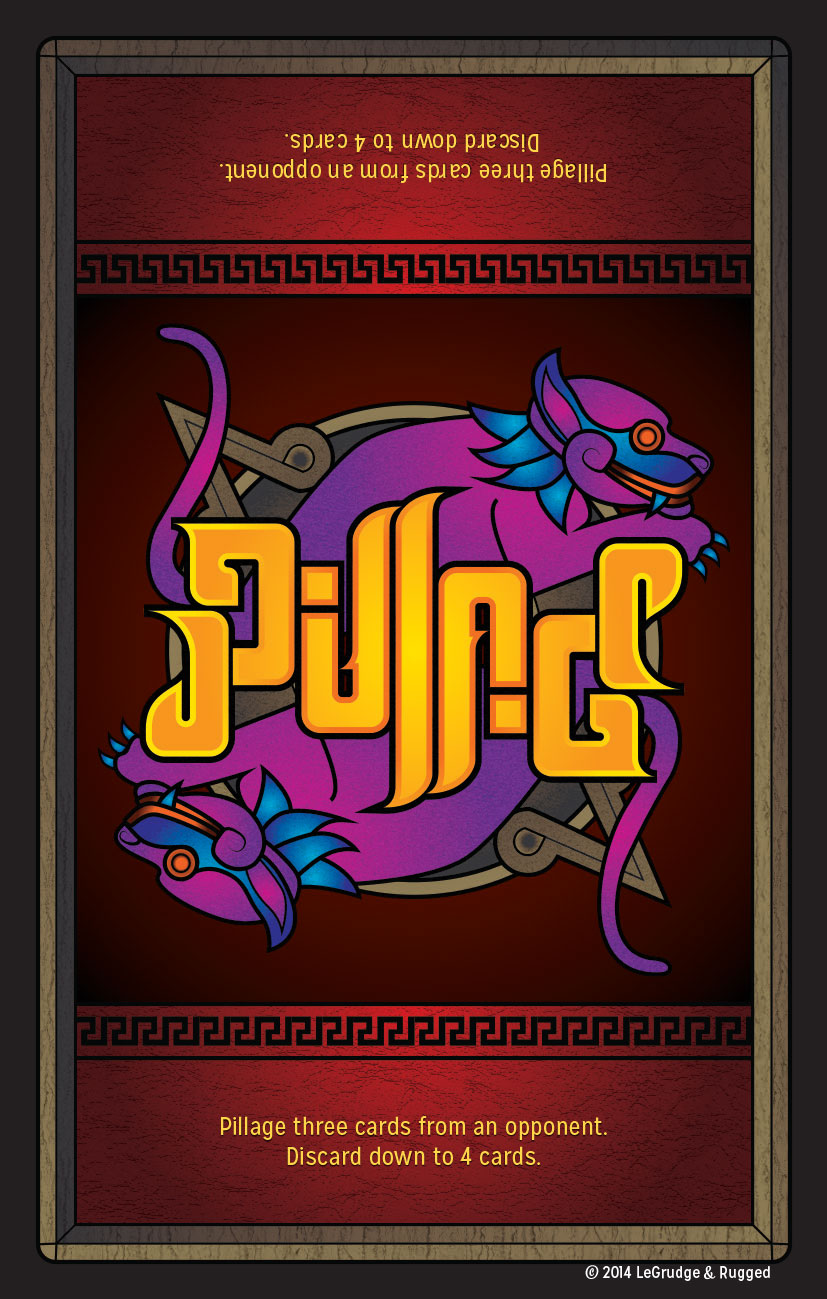 The Trailer to Introduce the TOTEZ Idols

The TOTEZ trailer was a blast to create. The concept from the very beginning was to showcase each of the Idols in their respective settings. The narrative of the trailer follows the value of each idol card's points in the game: Idol of the Earth > Idol of the Deep > Idol of the Storm > Idol of the Flame > Idol of the Afterlife and Idol of the Sun to overcome them all. The animation was built entirely using my vector illustrations manipulated in 2.5D space. I was the sole creator of this animation taking the project from concept to final render.